There's a saying among home performance and energy efficiency professionals like us that the best window...is a wall.  That's because windows offer very little insulative protection against winter's cold.  And in the summer, well, take a look at this graphic: 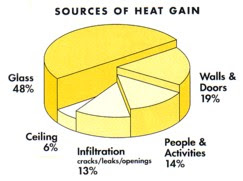 In other words, it would be a lot easier to cool your home in the summer if it weren't for those beautiful windows.

So, what's the best compromise?  How can we keep the windows we love and live in comfort while spending less money on our utilities?  Outside of boarding up our windows, usually the best option for homeowners is a Solar Screen.

So, Why Solar Screens?
The view!

With solar screens, blinds and drapes can be taken out of the equation or at least raised/opened more frequently.  If you appreciate the outdoors, you’ll have visual access to more of it!


For more reasons than one, these blinds should go away 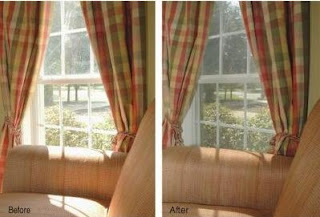 During daytime hours, Solar Screens offer almost complete privacy without the aid of blinds or drapes.  The PVC-coated polyester Solar Screen fabric is dense enough to block the view from the outside without obscuring the view from inside.  At night, this effect is reduced a bit with complete darkness outside and a lighted interior.  (With Solar Screens, this is the one time of day when you may want a little extra something on your windows to achieve optimum privacy.) 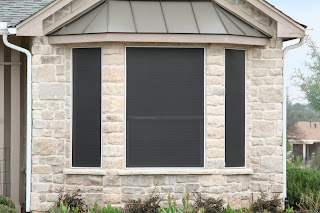 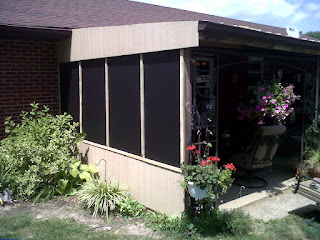 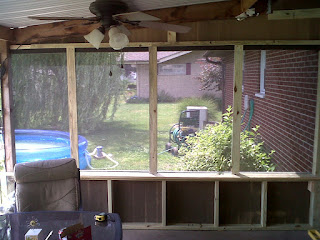 In summer months, with less of the sun’s heat being trapped in a room (or multiple rooms), the comfort benefits are obvious.

And since Solar Screens aren't needed on windows that don't get sun, you can customize your order based simply on where you need them most. 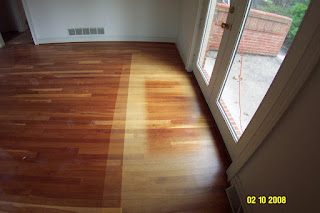 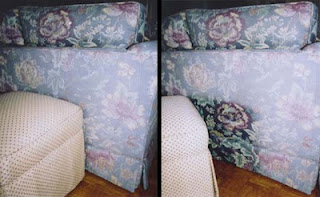 If Solar Screens can take away the need for bulky drapes and the associated hardware, the room just got bigger and more livable.  (It now looks bigger, too.)

Make a room feel more like a home theater.

Solar Screens won't let windows steal the show in living rooms, or any room, where TV’s or computer monitors are present.  Solar Screens knock down the glare from windows and outside light, helping the TV perform as it was meant to perform.

Heat travels in three ways: conduction (materials touching), convection (through the air) and radiation (electromagnetic waves from a warm/hot surface to a less warm/hot surface).  Even though that window tint film is stopping most UV rays, the tinting film doesn't stop the sun from hitting the glass itself.  So the glass gets hot and then radiates its absorbed heat into the room.  Solar Screens are applied to the exterior of the window assembly, in place of the window’s insect screen, and therefore stop the sun before it gets to the glass and heats the glass.  This is a key distinction when comparing these two options.

Last, and maybe the best: The Energy Savings

The thing we might like most about Solar Screens is that, unlike window tinting films, they can easily be removed in winter months.  This is important because almost 40% of a home’s total energy usage is spent on heating the home in the winter months.  Solar Screens are capable of stepping aside during the time of year when you actually want to trap more of the sun’s warmth.  This allows you to save money on your single biggest household energy expense with passive solar heating.

In our own tests in May of 2011, we swapped the screens between two rooms* on consecutive days and compared differences between the two rooms.  One of the rooms has the home’s thermostat in it.  When that room was left without the solar screen, not surprisingly, the central air ran more frequently and the ambient temp difference between the two rooms was exaggerated further.  All surfaces that received direct sunlight were cooler to the touch in the Solar Screen room and it was clear that there was less heat gain the the Solar Screened room.  Specifically:

--On surfaces which are receiving direct sunlight, before and after temperatures were 11-14 degrees cooler when installing the Solar Screen.

--On average, the ambient room temp was 4 degrees cooler in the room with Solar Screens.

*The two adjoining rooms tested have same square footage, both with one 30 x 70 double-pane window, equal heating/cooling distribution, and share the same south-facing exterior wall.  Numbers recorded at 2:00 pm on consecutive days, with outside average temperature of 85 degrees.

Where else in your home can you achieve so many benefits from a single product?  E-mail or call us today! 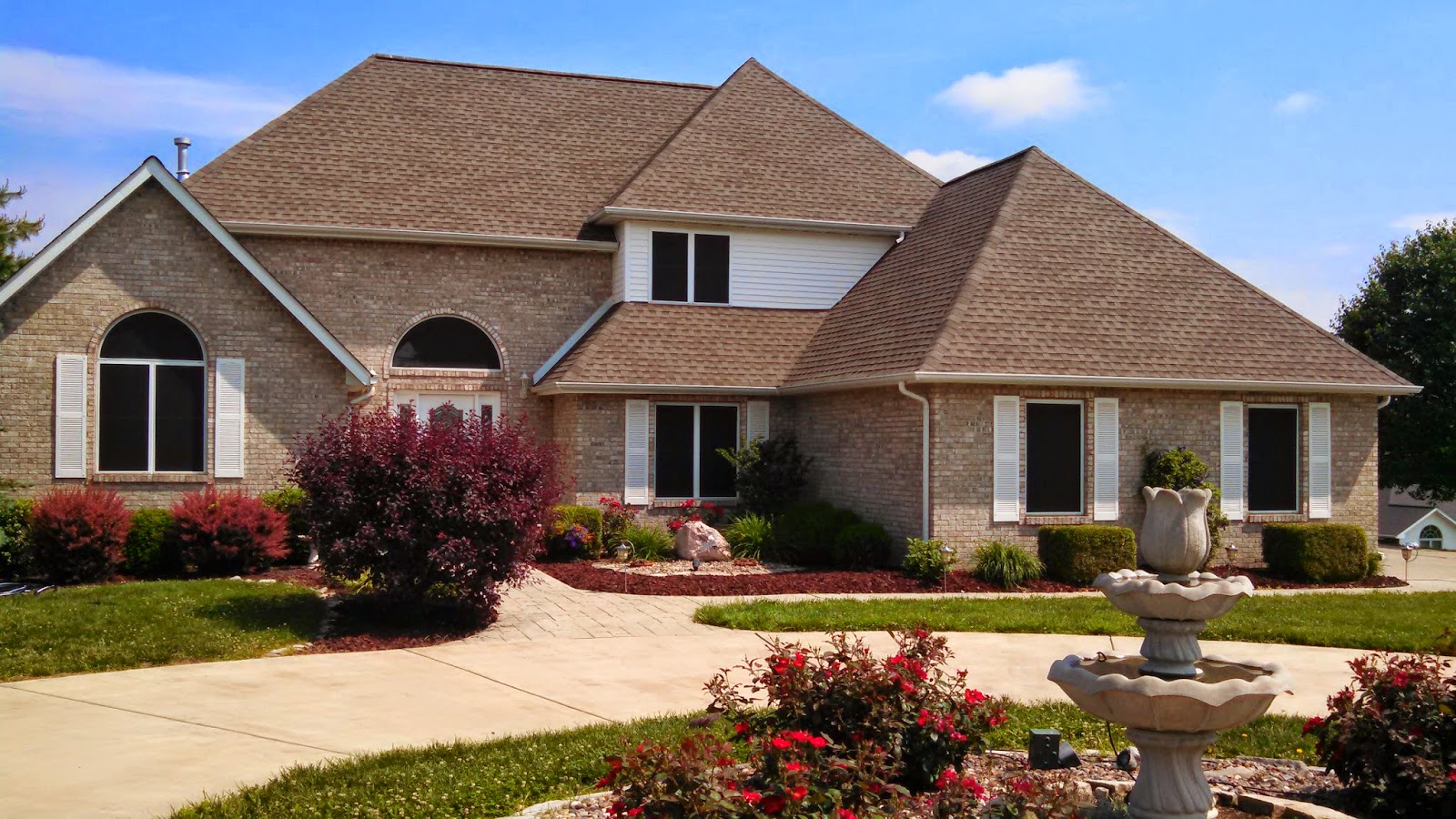 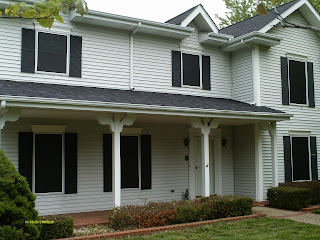 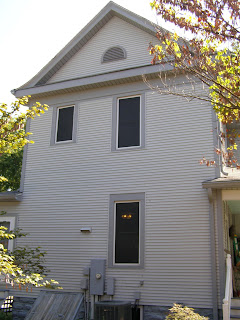 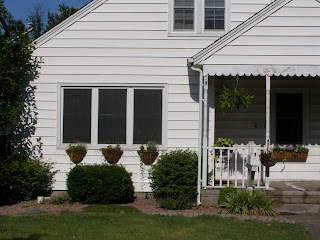 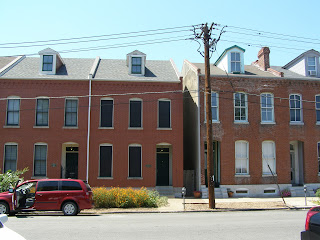 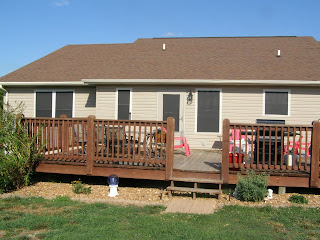 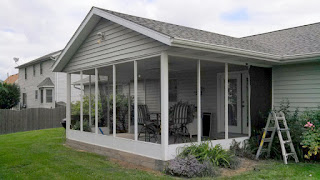 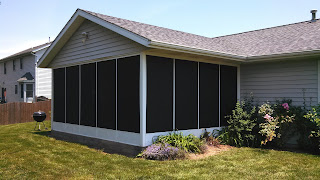 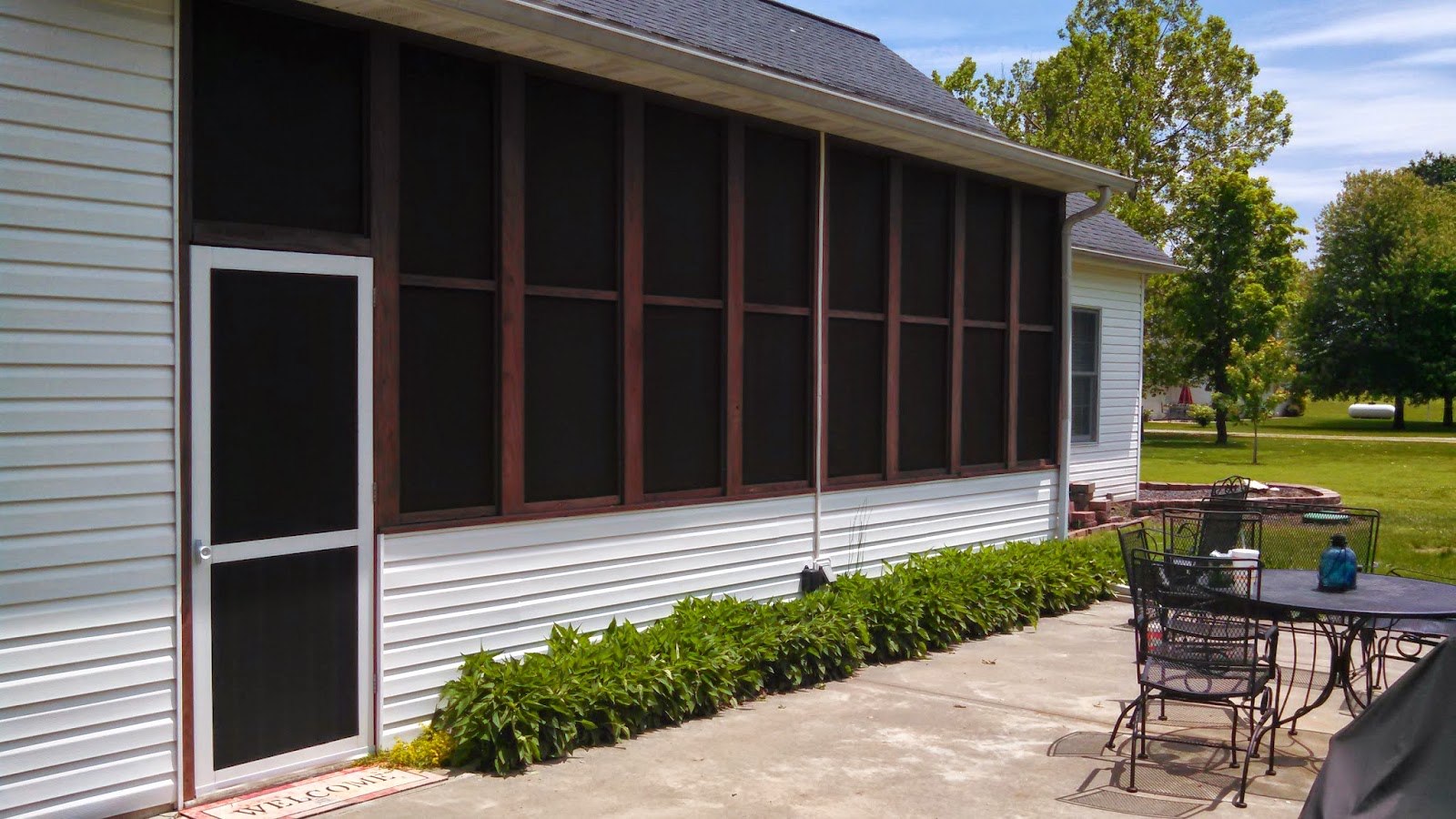 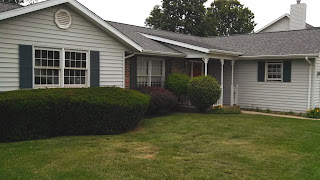 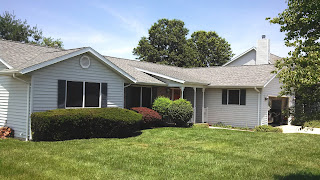 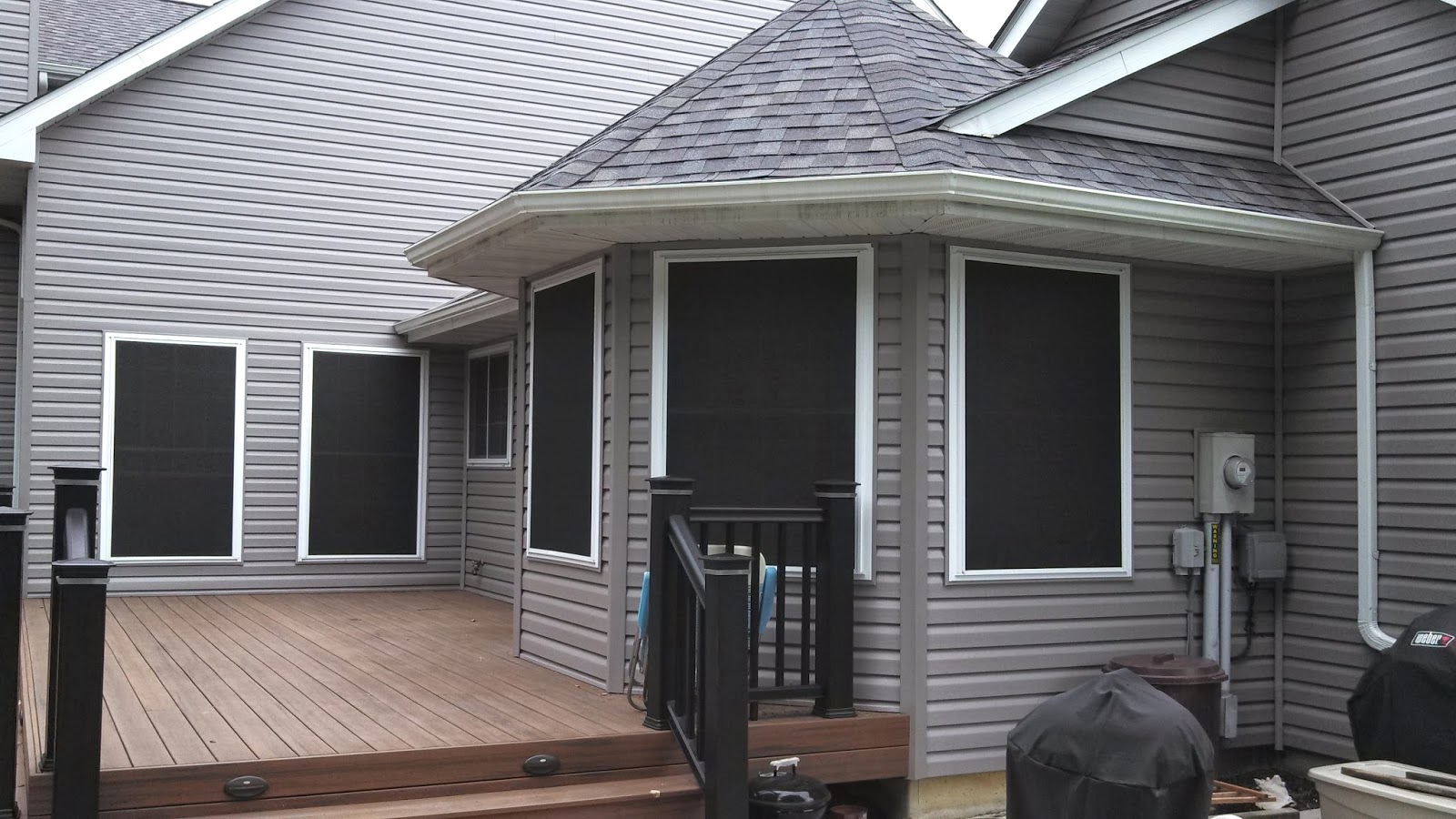 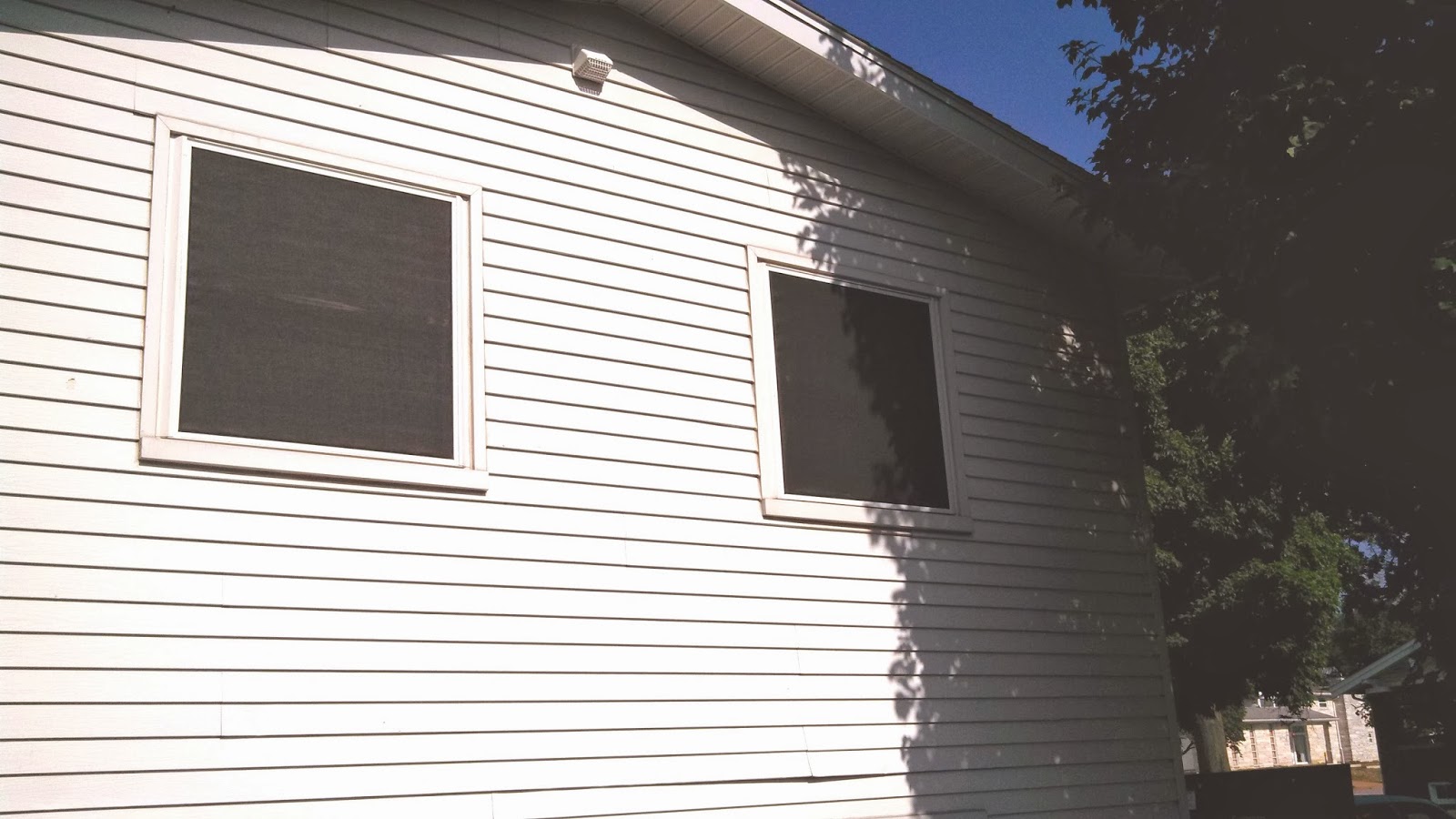 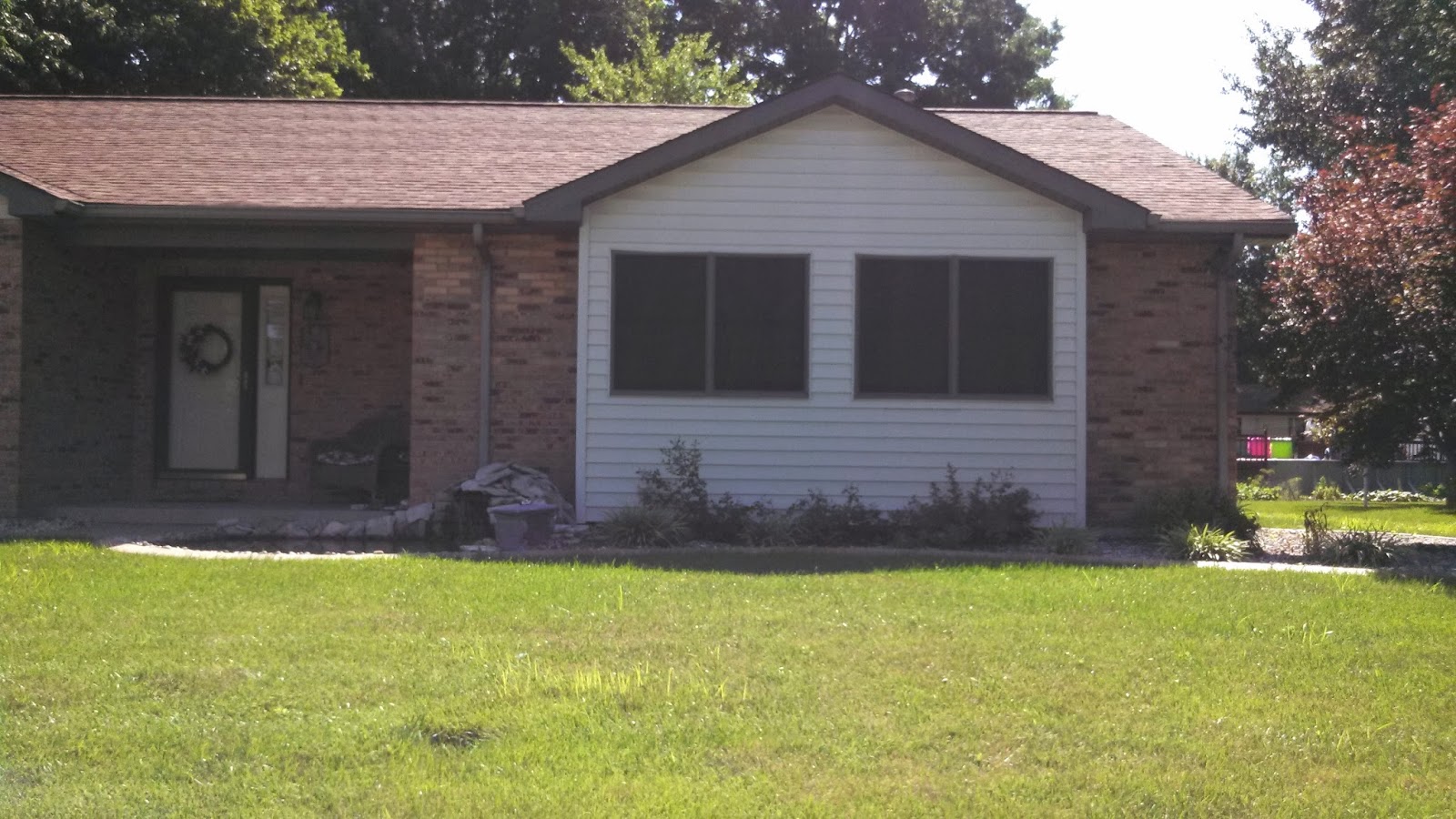 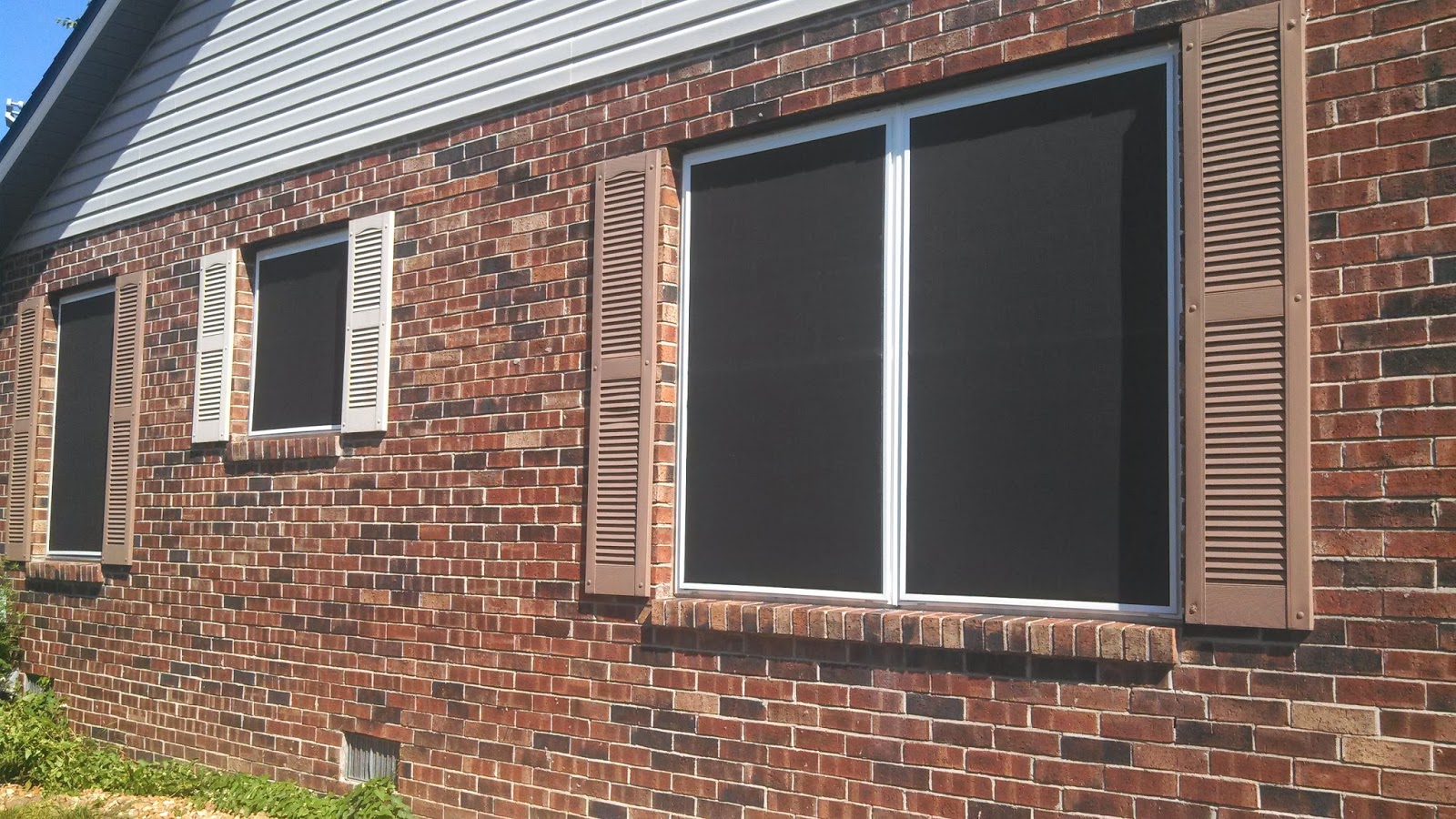 We install Made In The USA Phifer products on the exterior and interior of homes and businesses.  Call us for a free estimate today!
Email ThisBlogThis!Share to TwitterShare to FacebookShare to Pinterest
Home
Subscribe to: Posts (Atom)