The Most Important Fuel In The World 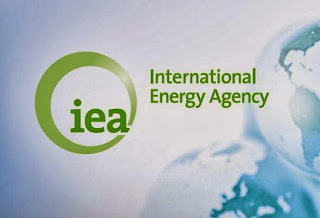 The International Energy Agency (IEA) is the global authority on worldwide fuel supplies, trends, and outlooks.   They have the ear of the world’s governments and business, and they help set policy by conducting the research necessary to define global fuel inventories and costs.  So when they release a first-of-its-kind report that pinpoints theworld’s most important fuel, it’s kind of a big deal.

Here’s a list of the fuels that will not wear the crown of “Most Important Fuel in the World”: oil, biodiesel, nuclear, wind, hydro, geothermal, solar, wave energy, biomass, hydrogen, ethanol, coal.

Wait, it’s not a renewable like wind or solar?  And it’s not ‘clean coal’?  Okay.  The US is sitting on enough natural gas to power the world for a hundred years so that’s gotta be it, right?  Nope.  It’s not even natural gas, the USA’s  game-changing energy trump card.  In fact, the IEA says the most important fuel in the world isn’t a fuel at all.

The most important fuel in the world…is energy efficiency.

Here are the guts of the IEA’s report:

·         From 2005 to 2010, efficiency measures saved the energy equivalent of USD 420 billion worth of oil in a group of 11 IEA member countries.
·         Had it not been for energy efficiency measures implemented in past years, consumers in those 11 IEA member countries would now be consuming – and thus paying for – about two-thirds more energy than they currently use.
·         In 2010 in those countries, the energy savings from efficiency measures exceeded the output from any other single fuel source. That year, the 11 IEA economies avoided burning 1.5 billion tonnes of oil equivalent thanks to efficiency improvements developed since 1974. By comparison, in 2010 those same economies consumed about 1 billion tonnes of oil equivalent from assets developed over the same period.

No single fuel could impact energy markets like energy efficiency has in recent history.  Moving forward, no existing fuel could be developed fast enough that could keep up with the value of saving fuel.  Chew on that for a while.

The areas where the greatest improvements are needed?  Home/business appliances and Information Communication Technology (ICT) are the two areas with the lowest hanging fruit.   The ICT category got unwelcome headlines this summer when it was reported that the average iPhone uses more energy than a refrigerator (when you consider network infrastructure energy consumption, data center operations, and device energy usage).  And cable/satellite set-top boxes are well-known energy hogs.   Since mobile devices and DVR’s  represent just a small portion of that inefficient ICT category, it’s easy to understand why ICT is at the top of the list of necessary improvements, according to the report.

Bottom line: The cleanest and cheapest energy is the energy we don’t use.